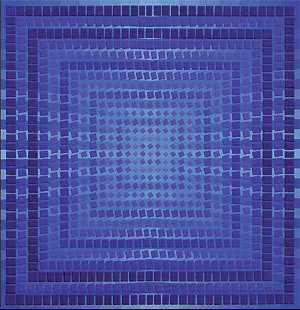 Four artists contribute nine songs that span the range of sounds, each offering insight into the possibilities of the drone, that ancient but eternally renewed foundation to sound to so much of the music of all cultures. “Drone-Mind/Mind-Drone Vol.1” is the first is a series of such releases, and this is a great start to the project.

Spain’s Ubeboet contributes two tracks that build off of liturgical chant that slowly becomes an element of a larger meditative buzz that employs icy, ambient noise with echoes of choral organ and chapel acoustics. These deep, hypnotic pieces are alone worth the price of the set.

Next up is Halomanash, a Finnish project also known for its spiritual, ritualistic drones. According to the liner notes, both “Hänesä Henget Eläwät” and “Luiden Lukija” were recorded on analogue reel to reel without using and electronics, employing only live vocals and “ethnic” instruments. Haunting monastic vocals are also employed, but with an echoing Arabic melody; minimal, single notes and percussion hits bring an ancient, call to prayer feel to the first track, while the latter focuses more on ambient echo, a kind of post-ritual hangover that is nevertheless emotional.

From Swedish industrial duo IRM comes the drone side-project Jarl, which offers the eleven minute plus “Zero in Scream.” True to their roots, this track is a bit harsher than the others, though with a pace and advancing tension that suggests awakening or some sort of visceral epiphany. The final four tracks are by B^Tong, another Scandinavian act that provides an array of different textures, from the murky hissing

Compiled by the tireless sound archeologist (and Drone Records founder) Stefan Knappe, “Drone-Mind/Mind-Drone Vol.1” can be seen as a well-deserved masterpiece in a career that may open a new chapter in the history and archiving of the drone. This ancient foundation of music, myth, and rituals both sacred and profane is alive and well in a new generation of artists. Those chosen for this first volume have contributed mesmerizing and deeply memorable drones that ought to make this an instant classic of its kind.