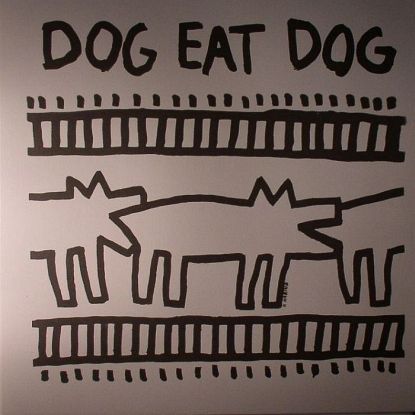 Out of the cultural milieu that thrived and survived in downtown Manhattan circa 1980 came a musical group whose aesthetic was fun, funky, bold & smart. Female fronted, of its time but out of time, technically adept, purposely naive, conscious but not self-conscious. Dog Eat Dog embodied the best of what came out of that particular time & place along with fellow travelers; DNA, ESG, Liquid Liquid & Sonic Youth -- they embraced a sound that was uniquely their own without apologies or regrets but most importantly without pretension or calculation. Writing songs & performing for only three years the band never released a record but still they produced some of the most vital & representational studio & live recordings from this period. That's why after almost thirty years Dog Eat Dog's music not only stands the test of time but also instructs the next generation of performers in a brighter, deeper approach to making music