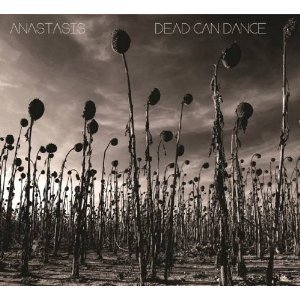 includes digital download code redeemable from the label.Seminal 4AD band Dead Can Dance reprise their compelling amalgam of neo-classical and arcane folk for their first new album since 1996. Including lyrics "‘Anastasis’ is the Greek word for ‘resurrection’; the seemingly dead will dance again. Signed by 4AD and releasing their first album in 1984, the duo drew rapturous reviews for albums that spanned neo-classical and folk across time and geography, each album selling to a progressively larger audience, coming to the attention of the San Francisco ballet, Hermes perfume and a documentary on Hitler and Stalin, likewise motion pictures such as ‘Heat’, ‘The Crossing Guard’ and ‘Baraka’. Lisa Gerrard developed her own solo film soundtracks - ‘The Gladiator’ and ‘The Insider’, for example - while Brendan Perry worked on solo albums such as 1999’s ‘Eye Of the Hunter’ and 2008’s ‘Ark’. The pair dissolved their physical relationship in the early 90s but something keeps them together - a bond of deep friendship and musical compatibility and understanding, and so ‘Anastasis’ is born, and Dead Can Dance regenerated.

Read full review of Anastasis - DEAD CAN DANCE on Boomkat.com ©